Please see the news items below from FYI-CSI and the FYI-CSI team.


July 2018-Cape Town, South Africa-Mark Francis will present at the DISES 2018 International Conference. He will work with Dr. Alice Farling and hold an invite sessions for many of the Ministers of Education that are attending. They will discuss common issues countries face in developing policies to support the learning of all students.

May 2018-Pontiac Academy for Excellence-The team of FYI-CSI present the 2nd Annual Travnikar-Rivard Scholarship to Mr. William Edison. He is a graduating senior that has been a student with an IEP. He will receive $1,000.00 for his future schooling.

April 2018-Sofia, Bulgaria-Mark Francis and Dr. Alice Farling work with the team from the Center of Inclusive Education. The work centered around a program analysis and recommendation for a new business plan.

April 2018-Mark Francis and Dr. Alice Farling traveled to Montego Bay, Jamaica for a site visit. They represent DISES and are work with the University of the West Indies and Dr. Michele Meredith on a the 2019 DISES International Conference.

February 2018-Mark Francis, attended the 2018 Council for Exceptional Children National Conference in Tampa, Florida. He is the current President of the Division of International Special Education and Services (DISES). Dr. Alice Farling currently serves as the Executive Director of DISES.

December 2017-Mark Francis and Marcia Young co-presented along with Attorney Vicky Coe on legal issues of special education for Ferris State University and the 20 schools that FSU charters. This was the second part of this training.

October 2017-Mark Francis and Marcia Young co-presented along with Attorney Vicky Coe on legal issues of special education for Ferris State University and the 20 schools that FSU charters. This is the first training.

July 2017-Sofia, Bulgaria-Mark Francis presents "The Art of Change-Issues that Challenge School in Moving Forward" at the DISES International Conference.

June 2017-FYI signs new contracts with The Pontiac Academy for Excellence and the Hanley-Harper Group to continue providing special education staffing for the 2017-18 school year.

April 2017-Boston MA. Mark Francis attended the National CEC conference. He is the President-Elect for DISES and served as the RA representative for DISES to the National Board. 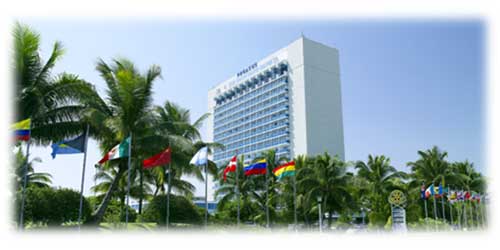 'Preparing productive citizens for an inclusive society: The benefits of the collaborative process'

The Jamaica Pegasus, the conference site is located in the hub of the New Kingston business district. The hotel is in close proximity to other major hotels, banks, shopping centre, and popular park. You will be able to savour the island's 'irie' jerk cuisine within walking distance from the conference site.

October 2017-Mark Francis and Dr. Jonathan Stout presented at the National Indian Education Association (NIEA) national conference in Reno NV. Their presentation was on the Rights of Parents with Children with Special Learning Needs.

August 2017-Mark Francis, Dr. Alice Farling of Florida and Dr. Sheliah Paul of New York started Phase I of a project in Tobago to develop National Policy in the Education of All students.

September 2015-The team from FYI-CSI adds the Great Expectations Elementary School of Toledo OH to our schools that we support with Special Education services. 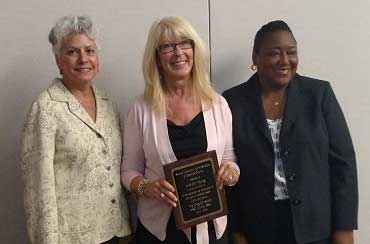 Young was nominated for the award because of her significant contributions on behalf of special education, her commitment to quality service, integrity, diverse involvement, leadership, and personal attributes that make her an outstanding representative of the Gwisdalla Award.

She said, "Receiving this recognition from my peers is overwhelming and surprising. I am deeply honored to be in the company of the outstanding and committed administrators who were previous recipients of this meaningful award."

The award was created to honor the memory of Gregory Gwisdalla, a tireless advocate for improved services and life outcomes for all children. Gwisdalla was a distinguished leader in special education administration at the local, county, regional, and state levels. He was Director of Special Education at Oakland Schools at the time of his passing.

Thank you for visiting the Francis Young International Consultants in School improvement web site. We look forward to hearing from you and starting a business relationship.